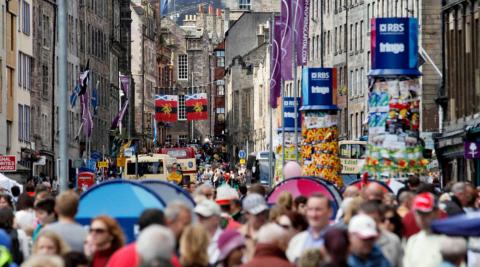 Night Owl Shows returns to Edinburgh Fringe 2018 to take you through the life and music of 7 true legendsin its trademark ‘show-umentary’ style. Each show is led by artists in their own right portraying the music of their heroes with integrity and passion. This is spliced with a narrative and slideshow giving the audience not just the songs, but an immersive and fascinating insight into the songs and journey through the period, taken hand in hand with each legend portrayed.

Last year Night Owl Shows gained substantial attention within the unique Edinburgh arena with The Carole King Story being awarded its laurels for a full run of sell out shows, while The James Taylor Story had a number of sell outs and The Joni Mitchell Story was awarded Metro Pick Of The Day.

“We go way further than just paying tribute to these legends, these are slices of social history mixed with nostalgia and our shared love for the period and of course the artists whose stories we tell” said Night Owl Director Dan Clews, whose own music is published by none other than the late Sir George Martin. He has often been heard on Radio 2 and seen on stage at The Royal Albert Hall.

Night Owl Shows will be staging 161 shows during the 3-week festival period, combining some of the countries finest up and coming talent with the music of some of the worlds all time greats.

What The Press Have Said

On Carole King “Wow, what an experience”  BBC Kent "belted out numbers such as Natural Woman with real understanding." The Irish News

On Johnny Cash “A brilliant interpretation of the music of the Man In Black. Jamie nails it” Dominic King 'The Dominic King Show' BBC Radio Kent